The authority of the Abubakar Tafawa Balewa University (ATBU) has postponed the resumption date for IJMB students due to the reported cases of the second wave of COVID-19 pandemic. See the information on ATBU IJMB resumption date below.

This is to inform all IJMB students of the Abubakar Tafawa Balewa University (ATBU) that the resumption of academic activities earlier scheduled for 3rd January 2021 has been postponed due to the unforeseen circumstances related to the reported cases of the second wave of COVID-19.

In view of the above, students are advised to stay safely at home until further notice.

The Directorate regret any inconveniences this postponement might have caused, please.

The university was established in 1980 as the Federal University of Technology, Bauchi. The institution’s first students were admitted in October 1981 for pre-degree and remedial programmes while the degree courses of the School of Science and Science Education began in October 1982. On 1 October 1984, the university was merged with Ahmadu Bello University, Zaria, Nigeria with a change of name to Abubakar Tafawa Balewa College, Ahmadu Bello University, Bauchi campus. The university regained its autonomous status in 1988 following a general demerger of such institutions. This was followed by a change of name to Abubakar Tafawa Balewa University, Bauchi.

The university is named after the first Prime Minister of the Federal Republic of Nigeria, Sir Abubakar Tafawa Balewa.

The motto of the university is “Doctrina Mater Artium”, which means “Education is the mother of the practical arts”.

Need Help? Get in Touch with ATBU: 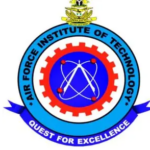