In this article we will be listing out 50 best universities in the United States. This list helps to serve as a guide for applications looking for the best and finest university to undergo a study.

50+ Best universities in the United States

If you are thinking about studying in the US then this list for you. In the US there are a lot of options to choose from and can be overwhelming because there are so many options. This is why this list was put in place for you.

InsideSchool thought you might like to know the top universities in the US based on the highly respected.

In the United State of America there are 181 US universities and colleges among the world’s best and so wherever you want to study in the US, a top university will not be far away.

Top 5 universities in the US

Here are the list of Top 5 universities in the US and how to locate them.

Many faculty members, students and alumni have founded successful technology companies and start-ups, including Google, Snapchat and Hewlett-Packard.

The university is often referred to as “the Farm” because the campus was built on the site of the Stanford family’s Palo Alto stock farm. The campus covers 8,180 acres, but more than half of the land is not yet developed.

With its distinctive sand-coloured, red-roofed buildings, Stanford’s campus is thought to be one of the most beautiful in the world. It contains a number of sculpture gardens and art museums, and a public meditation centre.

As might be expected from one of the best universities in the world, Stanford is highly competitive. The admission rate stands at just over 5 per cent.

You will agree that Harvard University is probably the best known university in the world, topping the Times Higher Education reputation rankings most years.

The university was Founded in 1636, it is the oldest higher education institution in the US.

It has about about 21,000 students are enrolled, a quarter of whom are international. Although tuition is expensive, Harvard’s financial endowment allows for plenty of financial aid for students.

The Harvard Library system is made up of 79 libraries and counts as the largest academic library in the world.

There are about 2,200 students at CalTech, and the primary campus in Pasadena, near Los Angeles, covers 124 acres. Almost all undergraduates live on campus.

Across the six faculties, there is a focus on science and engineering.

In addition to Nobel laureates and top researchers, the CalTech graduate community includes a number of politicians and public advisers, particularly in the areas of science, technology and energy.

All first-year students belong to one of four houses as part of the university’s alternative model to fraternities and sororities. A number of house traditions and events are associated with each house.

Popularly known as MIT.  Massachusetts Institute of Technology (MIT) is a big name as it is known to cultivate a strong entrepreneurial culture, which has seen many alumni found notable companies such as Intel and Dropbox.

Unusually, the undergraduate and postgraduate programmes at MIT are not wholly separate; many courses can be taken at either level.

Thirty-three per cent of the 11,000 students are international, hailing from 154 countries.

The University of California, Berkeley is a public research university located in the San Francisco Bay Area, California.

It is part of the University of California system, and is in fact the oldest campus within the system, having been founded in 1868.

The university’s official colours are blue and gold: where blue represents the California sky and ocean and gold the “Golden State” of California.

There are more than 1,000 student groups at the university covering interests and activities such as sports, politics and arts and crafts.

Top universities in the United States 2021

There you go with 50+ Best universities in the United States and their website. If you have any question kindly use the comment section below. 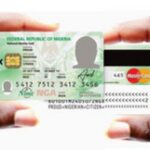 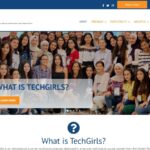