Here are the list of some of the Cheapest universities in Italy. Some of this universities are relatively very cheap and affordable for international student who which to have a degree or postgraduate degree in Italy.

Italy is a popular international study location not just due to its high multicultural ambience, but the country also has several top public and private universities.

Italy is one of the most affordable countries in Europe where you can study abroad and that goes for tuition fees and living costs as well.

The University of Florence is an Italian public research university located in the beautiful city of Florence, Italy. It comprises 12 schools and has about 60,000 students enrolled. It is one of the oldest and most influential institutions of higher education in the country and by far on of the top list of Cheapest Universities in Italy.

There are over 126 different degrees and courses of study are offered.

The University of Siena in Siena, Tuscany, is one of the first publicly funded universities in Italy. It was formly called Studium Senese and was founded in 1240. It had around 20,000 students in 2006, nearly half of Siena’s total population of around 54,000.

University of Siena in Siena comprised of 15 academic departments that are organized under 5 main faculties which include Biomedical & Medical Sciences, Experimental Sciences, Economics, Law & Political Sciences and the School of Arts.

Well do not get confuse by the name as sound free well you still have paid to toke to be able to school. The Free University of Bozen-Bolzano is a university located in Bolzano, Italy. It was founded on 31 October 1997 and it’s has five Faculties.

Free University of Bozen-Bolzano currently has a student population of over 5000 students, of which approximately 20% come from outside of Italy. The University offers more than 30 undergraduate and graduate programs for the students across a range of disciplines including natural sciences, social sciences, education, engineering and economics.

The university currently has a student population of over 70,000.

The Ca’Foscari University of Venice is a public university located in the iconic city of Venice. It was originally established in 1868 as a business school but has since expanded to an international world class institution with over 25,000 students. Academically, the university is comprised of 8 academic departments.

Furthermore, the disciplines of economics and modern languages are among the most highly ranked in the country. With over 700 international exchange programmes fostered through foreign university partnerships, the Ca’ Foscari University draws in over 1500 foreign students every year to its institution. Courses are administered in both English and Italian.

The Sant’Anna School of Advanced Studies is a special-statute public research university located in Pisa, Italy, operating in the field of applied sciences. The rector is Sabina Nuti, who took office on the 7th of May 2019.

The 2000+ students who are currently enrolled at the university therefore have access to over 50 different courses of study, be it at the bachelors, masters or doctoral study level. With its increasing excellence in academics, this one of the cheapest universities in Italy has been ranked in the top 10 of the Times Higher Education’s 150 Universities under 50.

At the Sant Anna School of Advanced Studies you can study almost anything.

The Polytechnic University of Milan (Politecnico di Milano) is the largest technical university in Italy, with about 42,000 students. The university offers undergraduate, graduate and higher education courses in engineering, architecture and design. Founded in 1863, it is the oldest university in Milan. It is one of the Cheapest Universities in Italy.

The Polytechnic University of Milan has two main campuses in the city of Milan, Italy, where the majority of the research and teaching activities are located, as well as other satellite campuses in five other cities across the Lombardy and Emilia-Romagna regions. The central offices and headquarters are located in the historical campus of Città Studi in Milan, which is also the largest, active since 1927

The University of Trento is an Italian university located in Trento and nearby Rovereto. It has been able to achieve considerable results in didactics, research, and international relations according to CENSIS and the Italian Ministry of Education.

With regards to its global rankings, the university has been consistently ranked among the top 500 universities in the world since 2007 (based on the Times higher education rankings).

If you have any question about List of the Cheapest Universities in Italy, feel free to use the comment section below. 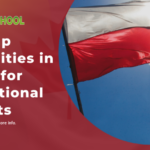 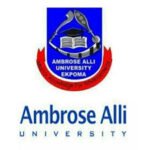