Olatunji who was arrested alongside Olarewaju Taiwo in a suicide letter he posted on his Facebook account with the name: Adejuwon Emmanuel Olatunji on Saturday, accused the management of the Polytechnic and the police of being behind his woes.

While explaining the reason behind his attempted suicide, Olatunji said, he has been abandoned by everyone, saying no individual, group nor students’ union bodies rose to his defence. The embattled Ilaro Polytechnic SUG President, Olatunji,  alleged that the management of the Polytechnic set him up in an attempt to silence him and perpetuate corruption in the school.

“Glory be to God for this probably the last breathe in my nostrils, no matter how fainting it may seem. More importantly, this may be the last thing I write since my hope to write a statement of accounts, proffer economic solutions to the Nigeria financial problems has been dashed and shattered by the powers that be.

“I accepted to study Banking and Finance to fulfil my dreams but all I live to write now is suicide note”.

“I was arrested on the 9th of February, 2020 and got transferred to the Nigeria Police Force Headquarters, Eleweran, Ogun state. I was detained for 144 hours before being charged to court finally on the 17th of February, 2020”. “It’s been 114 days now since my case got adjourned, and to my utmost dismay, no individual or group has done anything to revamp my hope”.

“They say if you are silent in the days of adversity, you have taken the side of the oppressor. Now the question is, “Who is raising a voice in my favour?”

“Is it a crime to stand against the annihilation of the management against the students that gave me the mandate to defend their interest?” “Is it a crime for me to object the hike in accommodation price in the interest of striving Nigeria students?”

“Is it a crime for me to send a red signal to the management in their quest to increase school fees while pointing them to other means of IGR to execute their projects?”

“Let no one mourn me when I finally pass on into the luminary realm, for when I need the continued support of activists, comrades, stakeholders, and sane individuals in the society to make me sail this trying time, no one, I mean no one was seen,” the note concluded.

“He (Olatunji) was arrested for alleged cultism, he has been charged to court and the case is still in court. So, if he says he is innocent, he should go and defend himself in court”.

“Anybody that wants to kill himself doesn’t need to tell everybody about it”.

“He is only trying to whip up sentiment, unnecessary sentiment at that. He has been charged to court, so let him prove innocence in court”, Oyeyemi said. 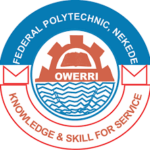