It is no longer news that the Federal Government of Nigeria has issued a new directive, mandating all citizens to link their National Identification Number to their sim cards or lose access to their phone number.

The Nigerian Identity Management Commission (NIMC) has also directed that subscribers can link their NIN to more than one sim card. This can be done by taking their NIN to the office of their service providers.

In line with this directive most telecommunications providers have provided short-codes to make things easier for their customers.

The commission warned the general public to beware of fraudsters and scammers who are on the prowl to swindle unsuspecting people.

NIMC said that Nigerians already enrolled in the NIMC scheme but have lost their NIN should dial *346# to retrieve the NIN. It also said that USSD code is available on MTN, Airtel, Glo and 9mobile.

Do not worry InsideSchool Nigeria is here to guide you on How to link NIN to MTN, Airtel, Glo, 9mobile Lines a Do it Yourself  Guild.

How to Link NIN to MTN

To link your National Identification Number (NIN) with your MTN SIM, kindly follow the simple steps below:

Watch InsideschoolvLog Video on How To Link NIN to MTN Line.

How to Link NIN to Airtel

If you are an Airtel user, you can now link your National Identification Number (NIN) to your phone number by following the simple steps below:

Watch InsideschoolvLog Video on How To Link NIN to Airtel Line.

How to Link NIN to 9mobile

Below is how to check your NIN status on 9Mobile

How to Link NIN to Glo

Subscribers are to text “UPDATENIN followed by the NIN First Name Last Name” to 109 or simply visit the nearest Globacom office to register/link their NIN.

If you are a student or individual that is yet to register for NIN, here is the Full list of NIN enrolment centres in Nigeria. You are advised to visit one and register.

How to check your Mobile Number(s) Registration Status to Avoid Being Blocked By NCC.

To check if you are safe from being blocked, dial the codes below according to your network provider:

If you have any question on How to link NIN to MTN, Airtel, Glo, 9mobile Lines, kindly use the comment section below. Do not scared we will reply.

SEE ALSO: Embedded sim (eSIM) in Nigeria- All you Need to know About MTN eSIM

SEE ALSO:  5 Important Things to Avoid When Registering For POST-UTME 2020 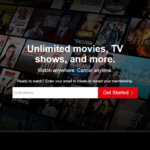 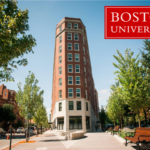