UI, CU, UNILAG,OAU and UNIBEN Will Not Admit Candidates Less Than 200-JAMB: The Joint Admissions and Matriculation Board (JAMB) has made it clear that some universities will not offer admission to candidates that score less than 200.

This was disclosed in a statement signed by JAMB’s spokesperson, Dr. Fabian Benjamin, on Monday in Abuja.

Fabian also listed higher institutions that will not admit candidates that scored less than 180 in its Unified Tertiary Matriculation Examination (UTME) this year.

“For the 2020 admission exercise, for example, no candidate with a UTME score of 209 can be considered for admission into any programme at PAU whose minimum UTME score is 210.

UI, CU, UNILAG, OAU and UNIBEN Will Not Admit Candidates Less Than 200-JAMB

“Also, no candidate with a UTME score of 199 can be admitted into any of the following universities whose minimum score is 200: OAU, UI, CU, UNILAG and UNIBEN.

He also warned that high scores in UTME might not be enough to secure admissions.

According to Fabian, institutions were at liberty to decide their own cut-off points, based on certain conditions approved by JAMB.

Other parameters such as Post-UTME/post-A/L qualifications screening/test score; O/L grade score, etc will be used.

The statement added that the quota system and catchment area are also considered during the admission process. 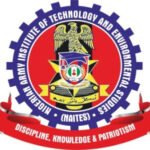 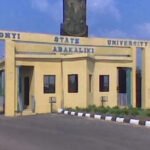